Originally from Maryland, Natalie graduated from Miami University in Oxford, OH.  Scott is a Wisconsin native and graduated from the University of Wisconsin.  Natalie and Scott met through mutual friends first in September 2006 then again in July 2007.  Natalie was visiting one of her college girlfriends (who is also one of her bridesmaids) in NYC who happened to be dating a friend of Scott’s.  She was briefly introduced to Scott when his band played at CBGB, the original New York City hardcore and punk rock club.  They reconnected a year later at their friend’s wedding and started dating right after, long distance DC – NYC for about a year.  Natalie then moved briefly to NYC, then they both moved to MD in 2009 and made a home there.  Scott proposed in September 2011 and not long after, they decided to get married in Grand Cayman.  They took their first trip to Grand Cayman in December 2010 and loved it!  They both love to travel; and with family and friends so spread out, they realized that many people would have to travel to attend their wedding.  They figured why not make it somewhere that all their friends would love experiencing as well!  The Cayman Islands proved the perfect destination for their wedding. 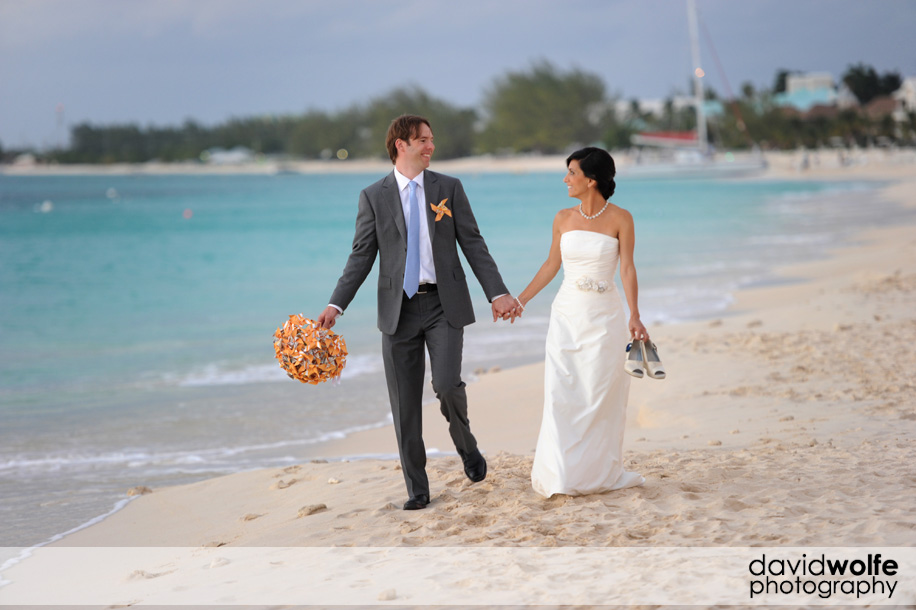