Aside from cropping, this photo is un-manipulated.  Just as I was beginning a family portrait session at the Ritz-Carlton, Grand Cayman, a passenger jet began final approach to Owen Roberts International Airport.  Viewed from Seven Mile Beach, the aircraft appeared to fly directly through the funnel cloud.  Meanwhile, the parasail boat seems to have barely escaped being sucked up into a tornado on the surface of the water.  I’m sure both craft were well out of harm’s way but it must have been a thrilling ride for everyone! 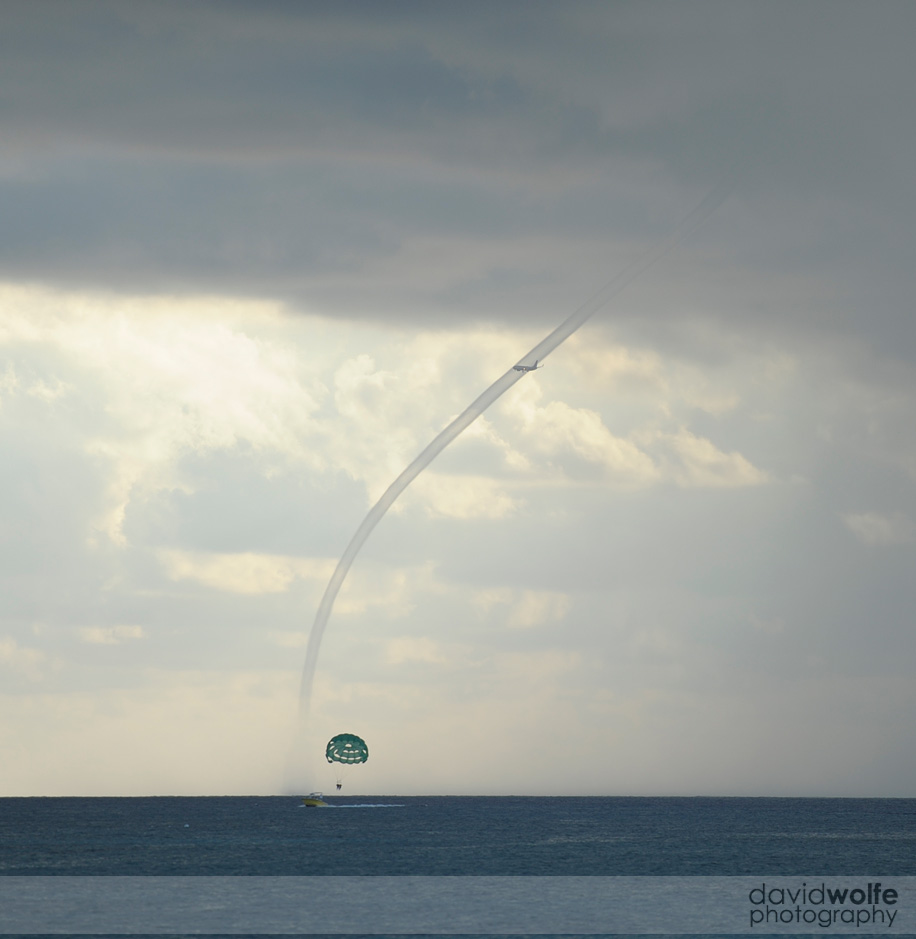 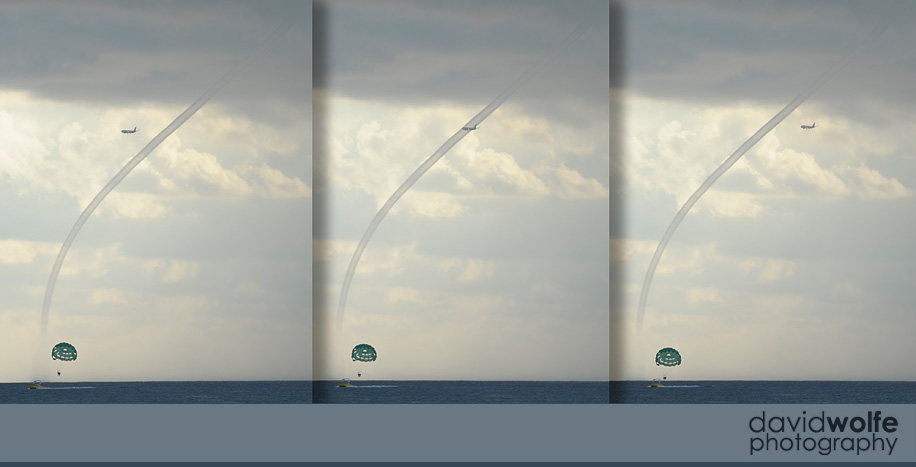 Looks more like jet flys near waterspout, but no way is it flying through the waterspout!

You are quite correct of course. But, really now, lets be honest. People aren’t interested in bland headlines like “Jet Flys NEAR Waterspout – Passengers Don’t Notice”. Those keywords just wouldn’t draw as many comments. However, I did photograph a wedding for an astronaut who actually piloted a Space Shuttle mission. My wife and I were lucky enough to take our kids and witness the Space Shuttle Launch up close. Greg later sent me an email from space! Still checking on a jet airliner’s ability to withstand the forces of a waterspout. Let me know if you find out anything!.